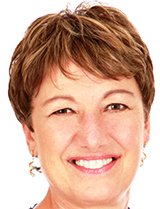 As a pioneering health practitioner, Christine is a true holistic doctor, with a passion for seeing and treating the whole person; body, mind and spirit. Raised amongst healers, psychics and complementary medicine practitioners, she’s been called a mystical physician gifted with both healing and intuitive skills. Choosing to take her compassion and knowledge to a deeper level, she received her medical degree from the Royal Free Medical School, University of London, in 1978. After qualifying, she engaged in many fields of hospital medicine, specializing in pediatrics, obstetrics and gynecology.

In 1983, Christine transitioned into general practice where, alongside her regular duties, she created one of the first integrative health centers within the British National Health Service. This was followed, in 1988, by a highly successful London based holistic private practice which included homeopathy, iridology, counseling and energy medicine.

Christine is a charismatic and engaging speaker, using humor, charm and her own personal experiences to convey profound messages about consciousness and heart-soul centered wellbeing. From 1982 onwards, she began a lifelong love of teaching, sharing her wisdom and knowledge about complementary and energy medicine with doctors, nurses and other medical personnel, and teaching clinical medicine to complementary practitioners. Through this work she became known as a bridge builder especially as a founding committee member of the British Holistic Medical Association in the early 80’s. It was during this time that her international teaching travel began, where she was introduced to many wonderful pioneering holistic doctors and practitioners across Europe, the USA, Russia, New Zealand, Canada and Australia. Her media work also increased, allowing her to spend five enjoyable years as a radio doctor on London based LBC, offering a wide range of healthcare advice to listeners.

Christine’s first five books reveal teachings and wisdom associated with the message of disease, intuition, the chakra system, mind-body medicine and sacred alchemy, all of which encourage self-development and soul expression. Her first book, Frontiers of Health, was originally published in 1992 and is now a bestseller in many languages.

In 2001, she moved to the USA and was invited to run an extremely popular three level intuition training program for doctors, psychologists and other healthcare professionals in association with NICABM (National Institute for the Clinical Application of Behavioral Medicine). From that time onwards, Christine has been an international keynote speaker and seminar leader at many professional and public conferences including Science and Consciousness, ISSSEEM, National Wellness, the International Institute of Integral Human Sciences and the Energy Psychology Conference. She has also taught highly insightful astrology seminars and held in-depth retreats which have brought lasting healing.

S 2003, her focus has been on women’s health and empowerment, knowing that when women embody their true female gifts, humanity will be healed. Her last four books are dedicated to this subject: the Return of the Great Mother, the Healing Power of the Sacred Woman, the Handbook of Women’s Mysteries and the Heart of the Great Mother, published February 2020. The handbook is the basis of an introductory, home study and online certification course called: Women’s Mysteries for the Modern Woman.

Apart from teaching and writing, Christine offers soul readings and spiritual mentoring where she uses her intuitive skills to guide her clients to embody their strengths, face their challenges and ultimately express their soul’s full potential here on Earth.

C and her husband Leland lead tours to beautiful sacred places around the world many of which have a deep connection to the feminine including Britain, Ireland, Malta, Greece, Turkey, France, Peru and New Zealand. Through laughter, meditations and gentleness, participants are encouraged to create a co-operative relationship with Mother Earth and hence access her eternal wisdom and power.

For Christine, as a pioneer and seeker of truth, she knows the journey never ends but is merely a delicious exploration of consciousness with the eternal question: who are we?