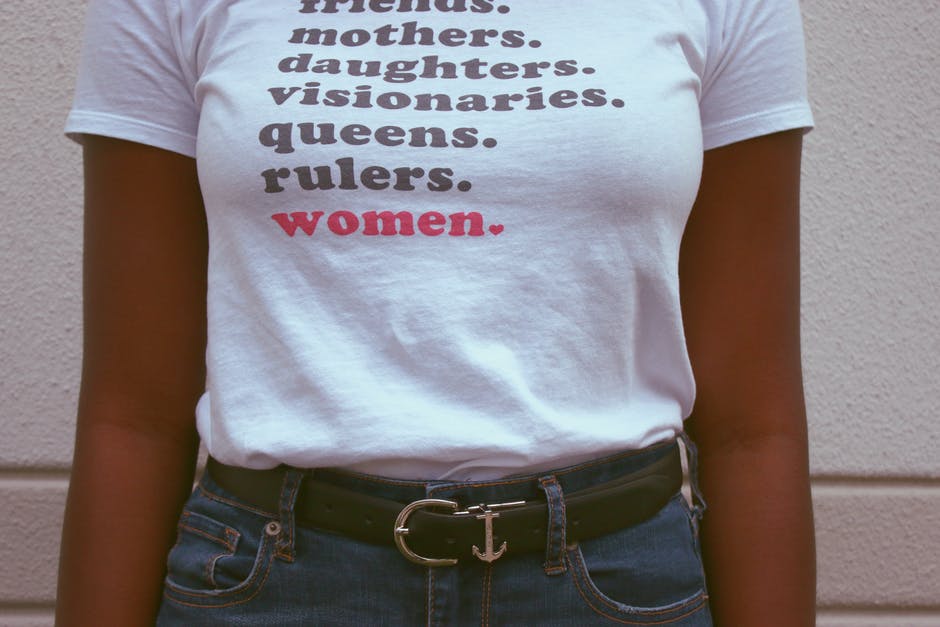 The Top 10 Benefits of Women Empowerment

We’ve assembled the top ten benefits of women empowerment to highlight how women across the globe contribute to their communities—practically, financially, socially and more. Let’s get started!

One of the key issues facing women’s empowerment is education. Championed by powerhouses such as Malala Yousafzai, there’s a deep divide between male and female education in different parts of the world.

There are many reasons for this. For starters, some countries don’t believe female education is important. This may be due to restrictive opinions, sexism, or the fact that women working may not be accepted in some cultures.

However, if everyone doesn’t receive equal access to education, then the world is missing out on the talents of countless women across the globe. Brilliant female scientists, lawyers, politicians, writers, and philosophers have altered human history.

If they never received an education, we might never have known their names. That’s why women empowerment focuses on accessible education for all. When everyone has a chance for a good education, we have a better chance at tackling major issues like climate change, cancer research, and other global problems together.

Women’s empowerment doesn’t just focus on legislation that protects female education. Instead, it tackles other issues that prevent women’s education.

For instance, crime rates prevent families from sending their daughters on the long walk to school, since many homes aren’t central to education centers. In areas that are ridden with crime or affected by constant violence, school is a safety hazard.

Poverty is another issue that impacts female education. If a family can barely stay afloat, being able to learn algebra is a luxury. Instead, every family member is needed so that everyone can eat and have shelter.

Other issues include period supplies. Some regions don’t have access to period products, which means that girls are kept out of school for at least a week out of every month because they have no other good options.

Tackling all of these issues through the lens of women empowerment doesn’t just make sure that girls are able to go to school. Instead, it ensures that societies are transformed from the ground up.

Almost every social justice issue can be tied to women’s empowerment. This can make it seem like a daunting task, but it’s all worth it in the end.

Lots of studies have been done on social support, structures, and emotional support groups that naturally form in the face of friendships, casual attachments, and life-long bonds.

In these situations, men are often lacking in strong social circles. In these cases, men often rely on one person—often a wife or girlfriend—to fulfill all of their emotional needs and provide support for all emotional issues.

By contrast, women often have multi-layered social groups that provide different layers of support. That’s why women often spearhead agents of social change, such as protests, support groups, charitable organizations, and so much more.

These groups form a catalyst for internal change. Every person involved in these organizations or protests develops a social support system. This positively impacts the individual, the family, and their own community.

Women empowerment brings a tangible benefit to communities—improved physical health. This is especially true when it comes to issues like periods, pregnancy, birth, and postpartum/infancy care.

To date, pregnancy is one of the most dangerous conditions a human body can be in. No matter how ‘natural’ it may seem and how well-equipped your body is for it, it’s still one of the most taxing things you can endure.

Whether it’s a lack of resources, the stigma around female health, poor or nonexistent health insurance, or a lack of medical professionals, female health is one of the most pressing issues of our time.

When women empowerment movements leverage their influence to improve access to period products or birth control, everyone benefits. This allows families to plan their next pregnancy and gives women the chance to be properly cared for.

This also allows mothers to be cared for in the aftermath of pregnancy, too. In places with a lack of resources, education, or accessibility, issues like postpartum depression are sometimes swept under the rug.

As mentioned above, issues like postpartum depression or other female issues are sometimes ignored. But mental health is one of the biggest crises of our time and affects entire communities.

Why is this a benefit of women’s empowerment? When women–and everyone around them–are able to properly care for their mental health, everyone benefits.

Crime rates drop, instances of domestic violence are reduced, and there are fewer incidents of child abuse and neglect. There are also fewer issues of crimes that are often tied to mental health episodes, drug overdoses, and so forth.

In some regions and countries, entrepreneurship is everything. It can mean the difference between a neighborhood flourishing or folding in on itself and collapsing.

Across the world, women everywhere have proved themselves to be resilient and brilliant when it comes to making business decisions. For instance, when women make financial investments such as stock, they tend to have a more successful track record over a twelve-month period than men do.

Improved financial health is also about equal access. How can an economy flourish if only half its citizens have access to banking, credit cards, stock options, savings accounts, and so forth?

Finances also impact communities on a personal level. Poverty is a driver for many diseases, crimes, and other issues that occur daily in many places. When women are empowered to take charge of their own money, their communities benefit.

Wealth has a trickle-down effect when women are in charge. Many women will prefer to spend their money on community investments, such as taking care of their children, rather than on material possessions.

Violence is an issue across the world. While wars and international conflicts are big issues that impact women globally, it starts closer to home.

Gender-based violence—whether sexual or physical—often occurs from a close partner. This could be a boyfriend, a husband, or a co-parenting situation. No matter what the situation, many women experience regular violence.

This could be emotional or verbal abuse, financial abuse, or physical abuse. When women are denied the mobility that financial independence, employment, or education offer them, women are often trapped in abusive situations with violent partners.

When women’s empowerment provides women with the stepping stones necessary to escape these situations, life improves for everyone. Women are able to heal and recover from abuse, and their children are saved from a terrible situation that they would otherwise be trapped in.

However, female empowerment also positively impacts the justice system. No matter where you live in the world, rape cases are not often reported or prosecuted. Domestic violence cases are often not treated as a serious issue.

When legislation is put in place to protect women, and police reform is enacted, women can obtain justice and have greater lives.

Reproductive justice is a major issue in every nation today. Whether it involves family planning, birth control methods, or other choices that women need to be able to make for themselves, one of the main spearheads of female empowerment is making sure that women can make these choices for themselves.

Why does this matter? Reproductive justice is about putting life-changing decisions in the hands of the people who will be most affected by them. Unplanned pregnancies can plunge families further into poverty, which causes a vicious cycle of poor health, food insecurity, and much more.

Unplanned pregnancies can also be fatal for women who aren’t in physical condition to carry them to full term. Not everyone can, should, or wants to have children. Being pregnant is one of the most dangerous conditions a woman can be in.

Not having any sexual agency or control over planning pregnancies is incredibly stressful for women. Having a pregnancy that wasn’t planned can take an incredible toll on a woman’s mental health, particularly if she didn’t want to have children—or add to the number of children she already has.

Protecting women and girls from violence can mean ethical legislation, de-escalating international conflicts, reducing domestic violence, and so forth. Being able to empower women through education, family planning, financial literacy, and employment can be life-changing.

But depending on where someone lives, they could be subject to child marriage or female genital mutilation. Millions upon millions of women and girls have been subjected to both of these practices.

This is highly inaccurate, given that child marriage is still legal in many parts of the United States. Being able to eradicate this practice worldwide gives girls a chance to pursue their dreams, choose their partners, and stay safe throughout their childhood.

Representation matters in every government. There’s a good reason that women empowerment activities often include protests. To achieve a more equitable world, it’s crucial that every voice is heard.

To do this, women need to hold positions in the highest seats of government. If some aren’t represented, legislation will likely hurt them because their view isn’t represented.

There’s a popular study that indicates how we often perceive women in the media. For instance, if you’re in a room full of people and it is half men and half women, your view will be distorted.

If asked about it later, you may remember the event as overwhelmingly female. The split was exactly fifty-fifty—but it didn’t come across that way. This view is partially perpetuated by the media.

For instance, many popular action movies have one token female character. It’s enough to indicate a token nod at representation, but it’s not enough.

The same is true in government. Many people assume that we’ve achieved full political equality. After all, didn’t a woman (almost) achieve the presidency in the United States?

Whether it’s holding difficult conversations or hosting an event for Woman Empowerment Day, building awareness through education is crucial. For instance, how many people refuse to call themselves a feminist because ‘they don’t hate men?’

This type of miseducation often hampers people from working toward women’s empowerment and often slows progress that could otherwise be made. Progress is often incremental and changing people’s minds and hearts is a long journey.

Changing hearts and then prompting them toward concrete actions is even more difficult. However, when it comes to achieving a more equitable future for everyone, it’s definitely worth it.

In today’s day and age, being a woman can feel exhausting. From safety concerns to unequal pay to dangerous legislation, there is so much that requires our strength daily.

If you’re looking to reclaim your own female strength and empower other women as leaders, consider a soul reading. Understanding female mysteries is crucial to empowering yourself and others—check it out today! We’d be happy to speak with you.